A Leap of Faith: Call to Action | MiniPost

I opened my Instagram Stories a few months ago and was being directed to a woman (let's call her Erica), she was talking about how important it is to take a step forward sometimes, even when you're terrified.

Not all moves towards your goals have to be a leap of faith. Sometimes a small terrified baby step forward is all it takes to set a new path into action.

Don't let yourself be paralysed by the thought of failure. 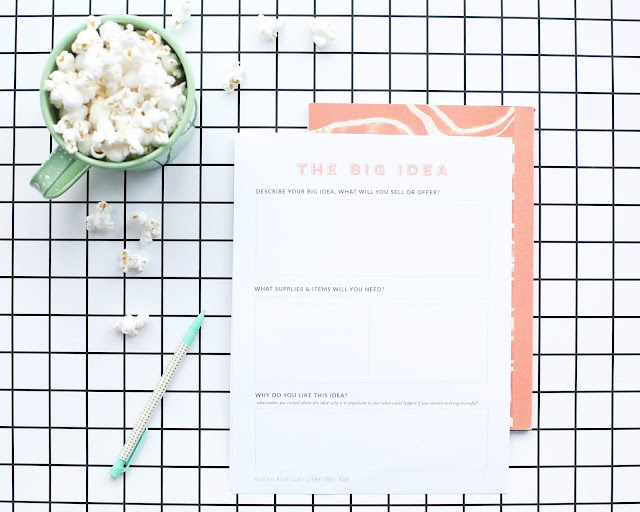 Erica mentioned how there are often ideas we let roll around in our heads, we brush them off for excuses, but sometimes for valid reasons. Excuses are one thing, but when genuine risk is involved we tend to shy away even more.


If I fail, it is going to have a negative financial impact on my family...but if I succeed it would provide a lifestyle for my family that we don't have right now.

I'm surrounded by ambitious people. I could pretend I was fortunate and luck played a role, but there was no luck. Everyone has limited time in a day, week, month and year. Surrounding yourself with people who support you, inspire you and make you want to be better.

Sometimes the possibility of success is worth taking that first terrifying step. 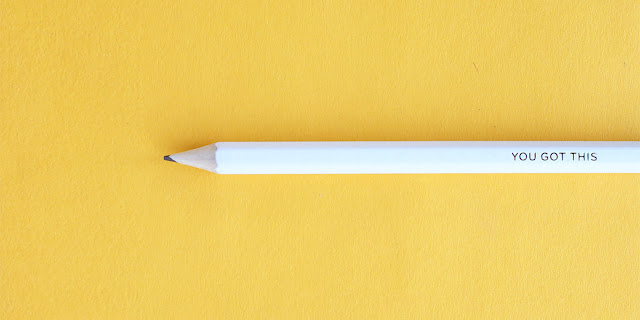 Note: I spent a lot of time trying to refind the woman who posted but I didn't save it at the time and I don't follow her.

Popular posts from this blog

6 Tips for Your Graduation Day 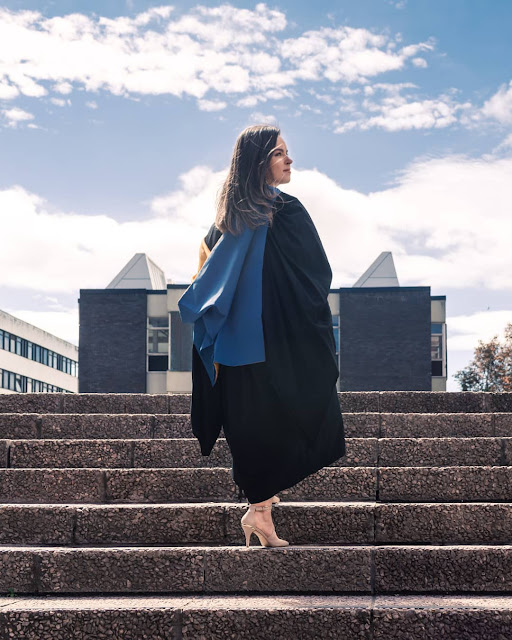 Congratulations, you did it! You completed your degree, and you're graduating.

There are several milestone moments in your life and graduating definitely falls into that category. The day can be fairly hectic, but it doesn't have to be stressful. Here are six tips for making the most of your graduation day.


ONE - PLAN YOUR TIMELINE
The day goes so quickly, and you don't want to feel rushed at any point. Start with your ceremony time and work from there, your university, college or high school should inform you of this time quite a bit in advance of the day. Often you can find this information on your school's website.

My ceremony was at 3pm, so it gave me a bit of time to play with. I couldn't pick up my gown or tickets until the day of. Those could be collected from 9am (check with your own school, if you can pick them up the day before I would recommend that). Be showered and ready with hair and makeup before you collect your gown minus perhaps what you plan to we…
Read more

How I Cope With Migraines 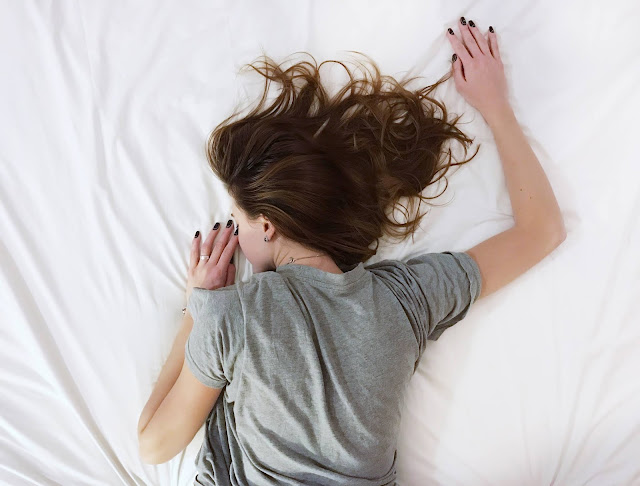 To give some context, I've suffered from migraines for a few years now, so I sympathise with you if you also get them. Mine were at their worst a year or so ago, I had them every couple of weeks. They are now down to one or two a month, but because I was used to getting them so regularly I had to learn how to work around them or kill them quickly...not easily done when they normally last for around 2-3 days.

I will start by saying, there is no "cure" for migraines, not yet anyway. There are also several types of migraines, so knowing what type you have can go a long way to managing an episode. It should go without saying that you should seek medical advice from a professional.

If you suffer from migraines, let me know in the comment section below how you cope with them.

SYMPTOMS I don't suffer from all of these symptoms,  I mostly suffer from nausea, nasal congestion, sensitivity to smell and sound, neck stiffness (sometimes back too) and head pain. 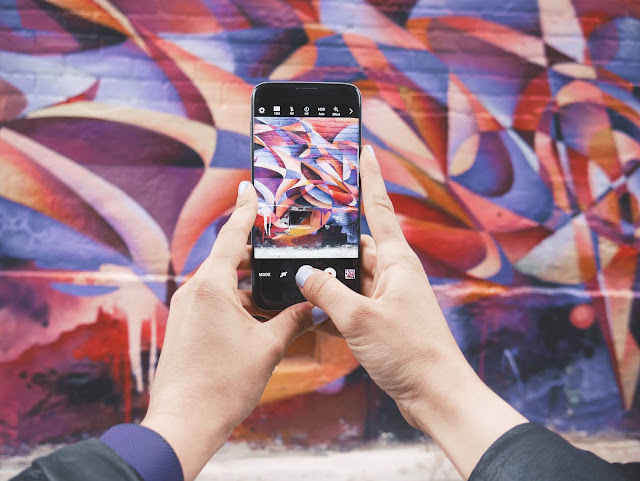 I recently underwent a social media declutter, being more intentional with the content hitting my screen. I was also missing a lot from people I actually wanted to see with new algorithms not quite hitting the spot.

These are 5 people I have consistently followed for a while and love, they care about providing quality content for their platform and work their butts off to move towards their goals. When it comes to people I follow I want it to feel as organic and genuine as it would be if they were my close friend.

If you have some favourite social influencers comment below!


There are so many reasons why I love Lauryn. She's so real with her followers and has so many amazing guests on her podcast. The consistency in her content is a testament to her clear brand vision. She set out to empower other women in business and has absolutely achieved that. She's not afraid to hustle and she encourages others to d…
Read more 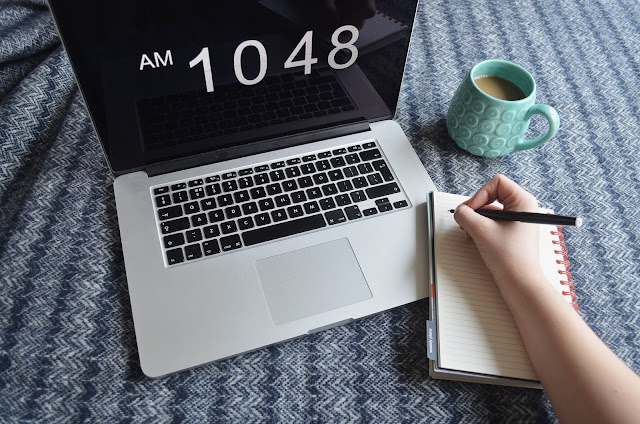 Over the past few years, I've had various time schedules. Working part-time while studying, 9-5 jobs and working from home. They all posed their own problems, and that's why finding a routine that works for you is so important.

I'm at a point right now where I'm trying to establish a new routine that will help me be more productive with my time without major spikes in my cortisol levels (Stressing about a lack of time is not efficient).

I love listening to people's tips on organisation, especially with their time. I'm certainly no expert, and I have plenty to improve on but below are some of the things I've learned that help me use time more efficiently.

SLEEPDecide when you're going to sleep and try and be consistent with it (This is something I'm still working on). Sleep is the foundation of establishing a routine, especially if your daily schedule varies a lot.  WRITE DOWN YOUR WEEKWhen I know I have a new schedule to get used to I HAVE to write it d…
Read more 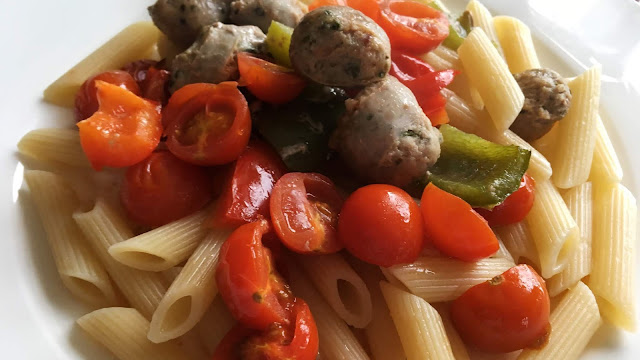 Hello again, it's been a hot minute since I last posted on here. I've been busy with university exams, what better way to break the silence than with a dish I've made a LOT recently. It's extremely simple, tasty and better yet - quick!
MEDITERRANEAN SAUSAGE AND PEPPER PASTA
Serves: 3
Cooks in 25 minutes

Roughly chop the bell peppers and place in a roasting oven dish. Cut each sausage into roughly 5 chunks, add to the peppers and drizzle with a small amount of oil. (add chilli flakes at this point)  Put the roasting dish with pepper and chopped sausage into the preheated oven, cook for 15 minutes. Cut the cherry tomatoes in half while the peppers and sausage roast.


After 15 minutes stir the peppers and sausage a…
Read more 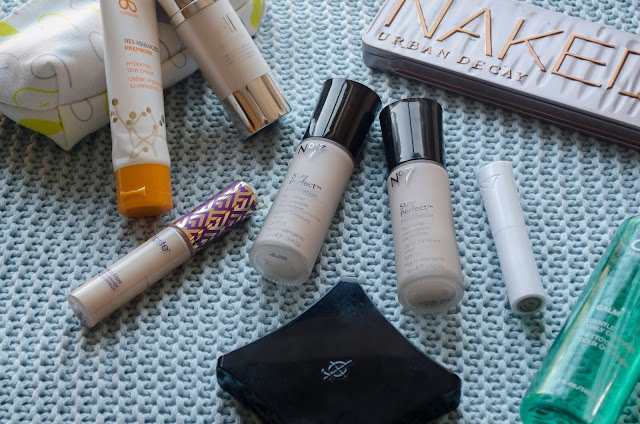 It's 2019, there are so many incredible (and affordable) brands that are cruelty-free. Most of these can be picked up at your local department store or "drugstore".

I try to be as conscious as possible when buying any skincare or makeup that the brand does not test on animals or pay/allow others to do so either. It can mean spending a little extra time researching, or not being swept up with the new hyped up product even if they look great (Dr Jart *tests on animals*), but it's worth taking the time to avoid buying products that cause harm.

All of the brands listed below have products that I regularly use and love. There are definitely cheaper brands available. However, I've selected 5 companies out of my makeup bag that I think are good value for money and readily available.


No7
Cosmetics and Skincare
The majority of my daily makeup is from No7, this includes my foundation, bronzer, concealer (although I use Tarte shape tape under my eyes) and highlighter. My curr…
Read more

Buying Art When You're Decorating On A Budget 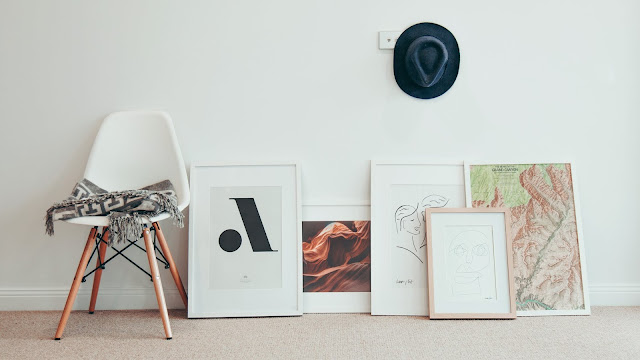 This is a short and sweet blog post today about adding larger art prints to your house without blowing the budget. I've seen a lot of YouTubers and Instagramers recently posting about buying art etc. but a lot of them are still pretty expensive, or you don't have the store they've mentioned anywhere near you.

This is one way you can DIY some beautiful prints without blowing the budget!


Finding a Frame Ikea does the RIBBA frame up to size 61x91cm (this is a bit bigger than an A1) with mount for £18.
The frame will comfortably fit an A1 print.

They stock other sizes, I've mentioned the largest size because it's more of a challenge to find a big frame that won't blow the budget.
The ArtUnsplash will be your best friend! All the images on here are free to use, just search for what you're looking for and see lots of beautiful images load.

*Note* You might have to edit the image dimensions slightly to get the correct size before printing, but this is easily done.
…
Read more

We're All Busy - Ditching the Excuses 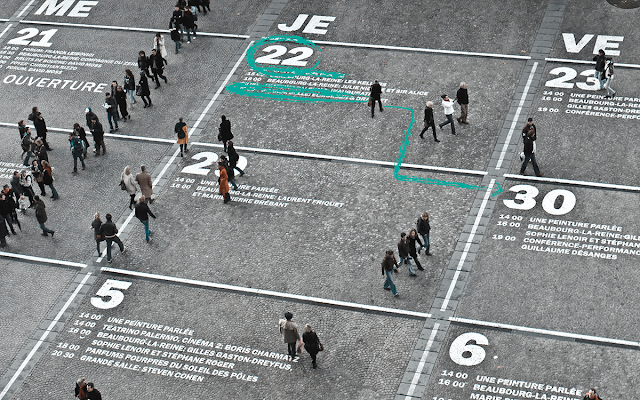 Hello, it's been a while. Happy New Year!

I took a break from writing blog posts while I was doing my masters over the summer and working part-time. Things were a little bit chaotic and definitely overwhelming at times - I was busy. I internally laugh every time some tells me how busy they are. I'm guilty of saying it too, but I'm trying to kick the habit.

The truth is if you work/study full-time or have children, you've got a lot of things demanding your time. How you spend your time is a reflection of what you prioritise out of desire or necessity. I've been working full time in my graduate job for four months. I get more done in an evening now than I did while I was studying, the reason - I've kicked a lot of time-sucking habits that were 0% productive.

"Activity suggests a life filled with purpose."  - Captain Von Trapp, The Sound of Music
Priorities I like to look at my time in a similar way to running a business, to stay in the black you need to h…
Read more 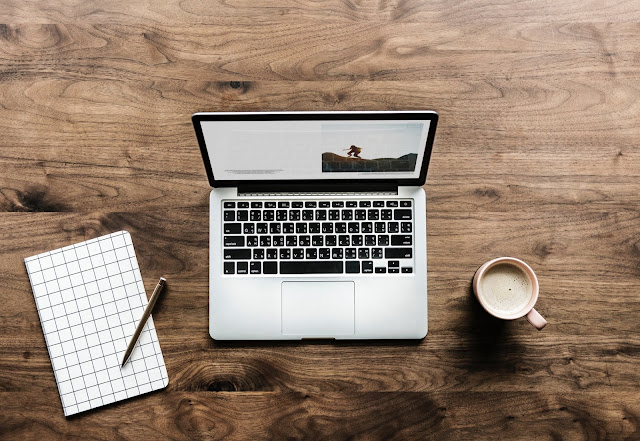 At the turn of a new year, many people set goals, make resolutions and begin with high hopes and expectations of the year to come. We put pressure on ourselves to be better - to do better. This felt like a good opportunity to talk about personal development.

Time management was something I worked a LOT on during 2018, it wasn't easy and I'm always trying to optimise my workflow. Not only is this my first blog post of 2019, but it's also my first post ever (please be gentle).

It's easy to get caught up in what we have to do while juggling what we should do and what we want to do. Time seems limited and people are demanding us to prioritise them and their needs and goals.

I was listening to Rachel Hollis on a podcast explaining that she regularly asks clients what their top five priorities are. Rachel then regularly has to highlight that they haven't included themselves on that list, followed by a similar analogy: